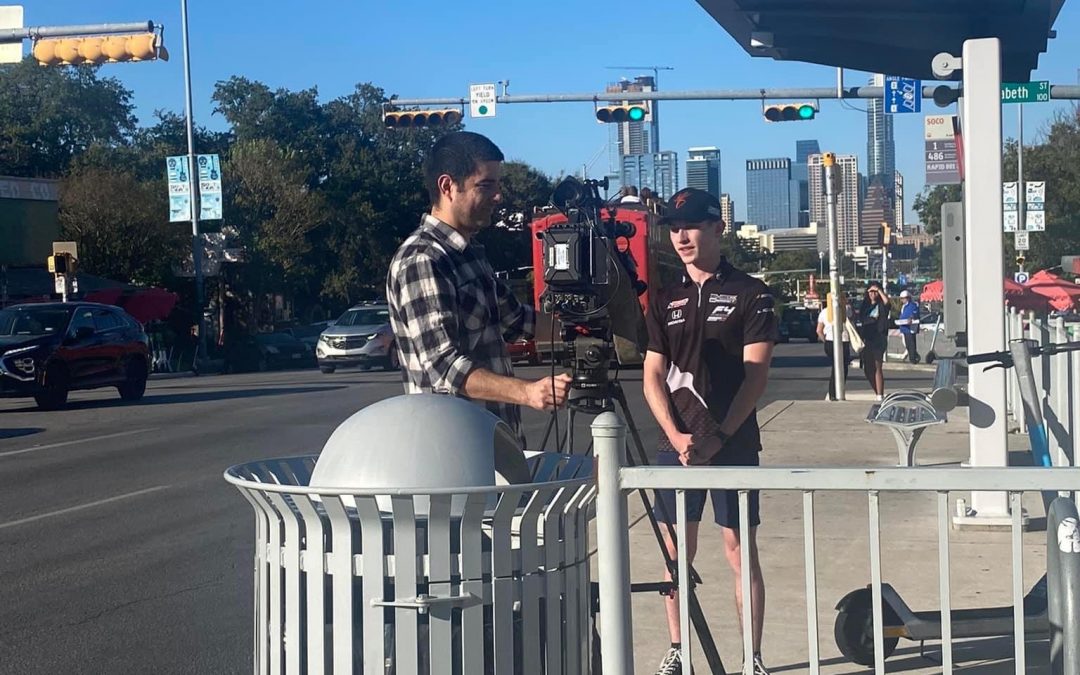 You know Austin entrepreneurs dream big. We’ve got innovative tech wizards; pioneering music producers; rocket-science rockstars. And me. I’m Ryan Shehan. I’m 17. And I’ve already spent almost 9 years chasing my dream of being the first born-and-raised Austinite to make it to the pinnacle of motorsport, Formula 1.

My Austin community has stuck by me as I honed my skills through karting, recovered from a life-threatening incident on the track, and finished my second year as a Formula 4 driver (with multiple trips to the podium and a couple of WINS!). Next up, I’ve been invited to drive in the elite, invitation-only Toyota Racing Series in New Zealand in January 2023, and I’ll be racing at Austin’s Circuit of the America (COTA) again next year in the Formula Regional Americas Championship.

As you may have guessed, COTA is my happy place. And my favorite local entrepreneurs are the ones who first envisioned this one-of-a-kind racetrack. It’s the only permanent Formula 1 track in the United States and it’s the place where I first fell in love with racing. It’s also where I learned there’s much more to racing than having great reflexes and a fast car. Motorsports is a multi-billion-dollar enterprise with sponsorships and reputations on the line.  Connecting with businesses who want to leverage the power of motorsports in their marketing is a top priority.

I’m building the resources and the team to climb to the top of the podium next year and beyond, but in addition to Partners and Sponsors, I also need to build my network of enthusiastic community supporters.

Could I ask a couple of favors?

Thank you for the opportunity to dream big, Austin! You’re the best.

P.S. If you’re one of the first 500 people to SIGN UP as my Wingman, I’ll put your name on my car when I’m racing in New Zealand! It’ll be a daily reminder that my friends in Austin are riding with me! 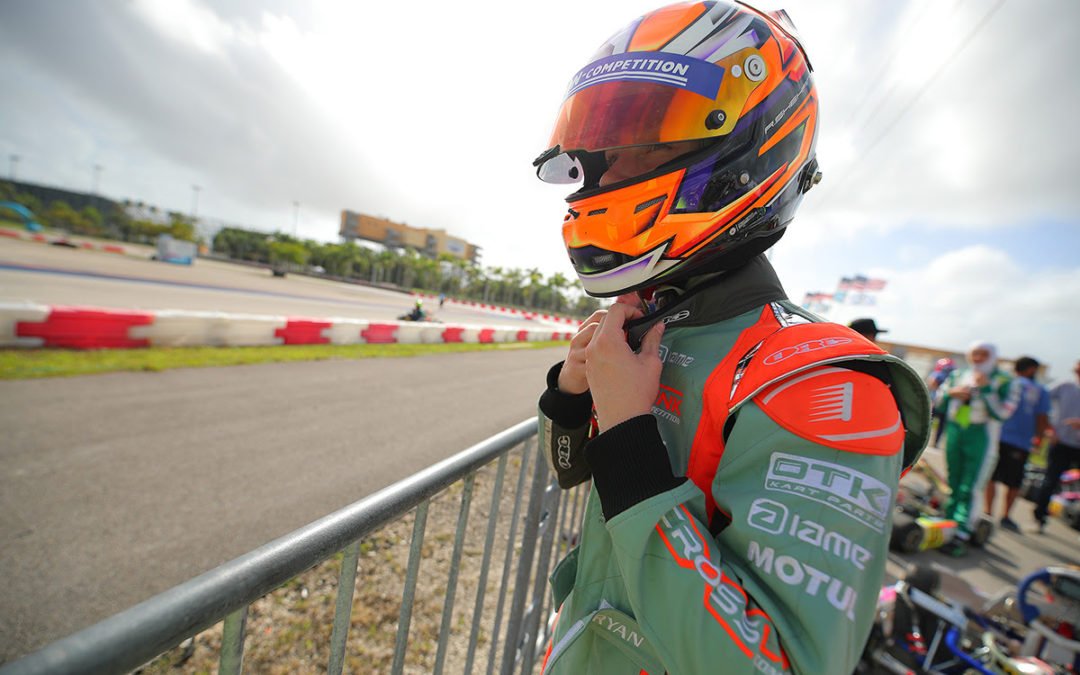 The Story is Just Beginning for Ryan Shehan

Aiming to make a return by the end of the month, Ryan Shehan has a lot to be thankful for (Photo: Canadian Karting News)

March 4, 2020 – After a terrifying incident in a test session back in late January, Ryan Shehan is nearly ready to return to the seat. In what looked like could be career ending and life threatening in the hours following the incident, Shehan is on the road to recovery and is planning a return to karting by the end of the month.

“All I can say is thank you,” expressed Shehan. “Thank you to everyone who reached out to us and their tremendous support. There is no way to thank everyone individually, but we wanted to recognize a few people specially.”

“The outpouring of support we received from all over the world was absolutely incredible, and we can’t begin to thank everyone enough for their prayers, thoughts, Facebook comments, texts, messages, and donations,” explained Doug Shehan, father of Ryan. “We want each of you to know that you had a hand in the healing process, starting from the first night in the hospital when we read your notes to him and continuing with your ongoing support weeks later. Ryan still has work and healing to do as he begins his comeback, but it is easier knowing that we have this amazing community supporting him and us. This is only the beginning of the ‘The Story’ and we will see you at the track soon!”

While the list is too long to name each and every person, Ryan Shehan and the Shehan family would like to thank the following in particular:

‘The Story’ for Ryan is just beginning. The first chapter is coming to a close, but chapter two gets more exciting. Stay tuned for future programs from Ryan and family and remember to always be #ShehanStrong.

For information on press releases or other media services offered by Race Tech Development, please contact Mike Maurini via e-mail at Info@RaceTechDevelopment.com or 317.270.8723. RTD Media and Management can also be found on Facebook, Twitter and Instagram by searching @RTDMediaAndMgmt. 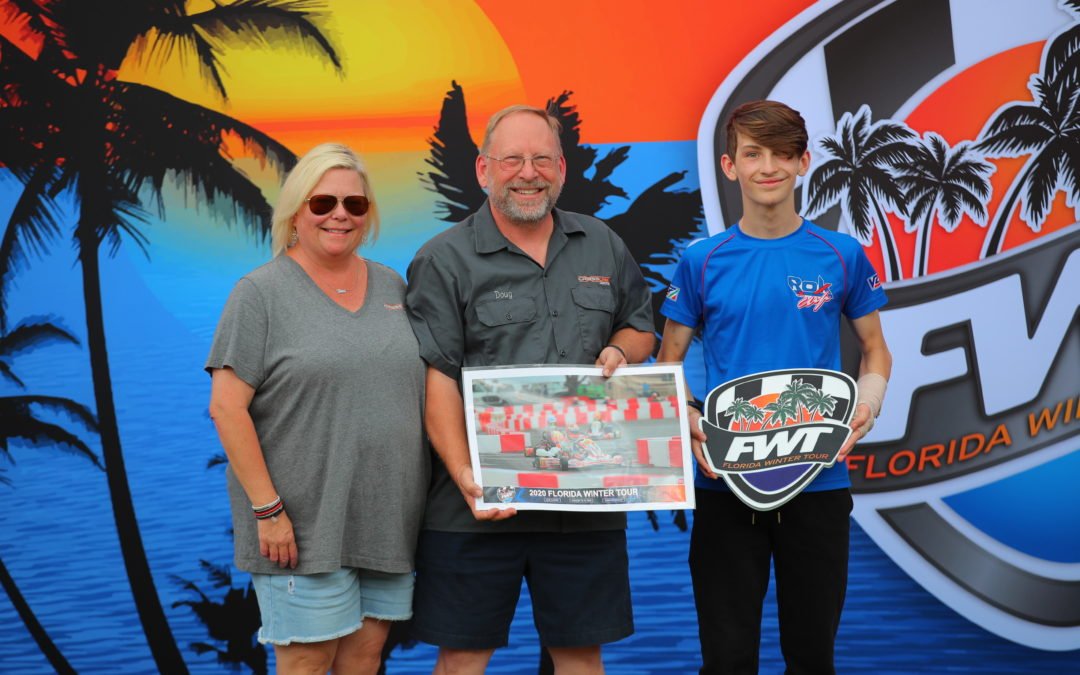 During Round 2 of the ROK Winter Tour Race at Ocala Gran Prix, Ryan was presented with a cool plaque, a picture of him driving in the first round of the Winter Tour and free entry to all of the ROK Cup USA Races for the rest of the 2020 season. We have been so grateful for the generosity of our racing community! #ShehanStrong 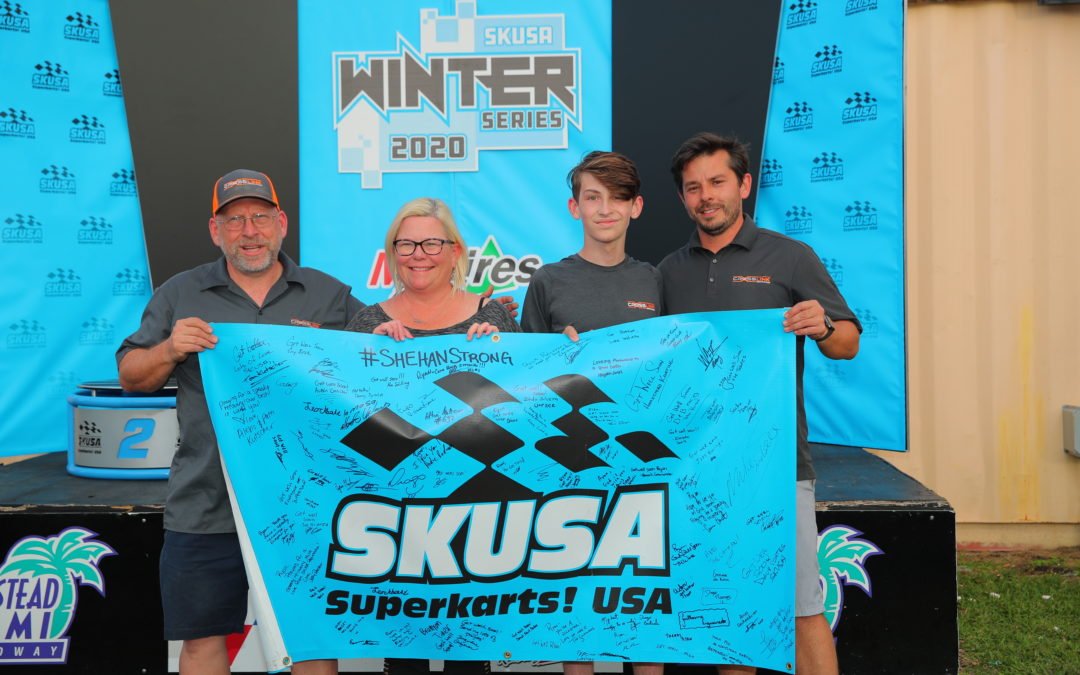 Last weekend SKUSA presented Ryan with this banner signed by all of the drivers supporting his recovery! Thank you to everyone for the support! #ShehanStrong

“It was a terrible incident that Ryan was involved in, and he is very lucky to only have sustained the injuries he did,” explained Team Crosslink‘s Sean Owens. “Ryan is a fighter and he will be back, but also he would not want us to slow our team‘s progress because of him. We will race in his name both this weekend and next weekend and try and bring him a few race wins!”