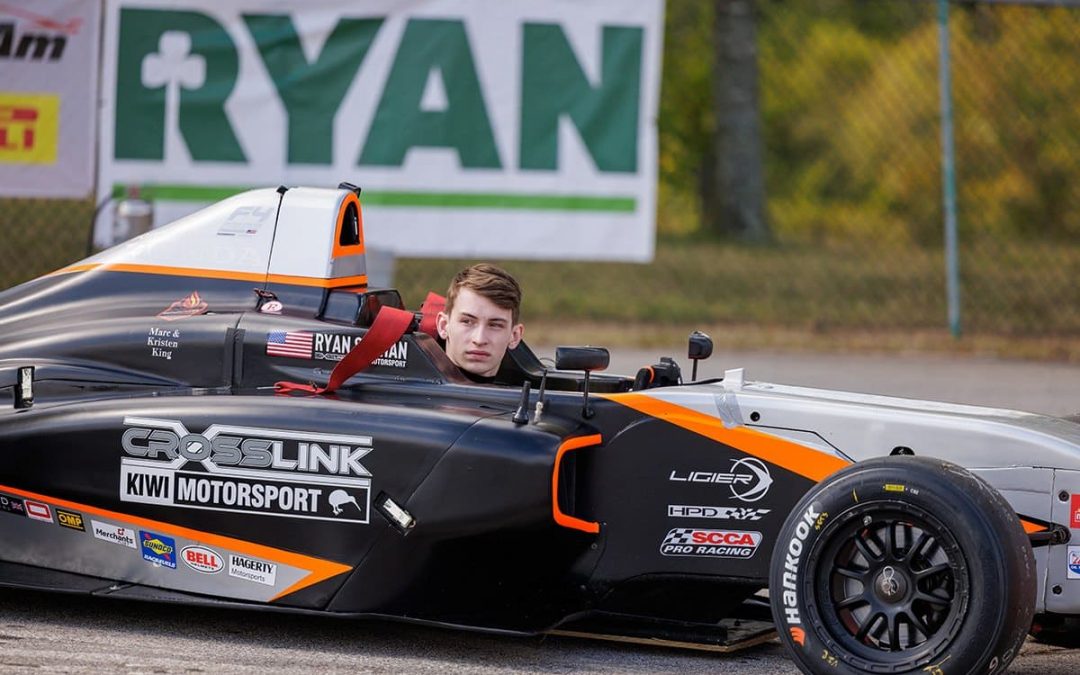 Newly announced Toyota Racing Series and F4 United States Championship Powered by Honda competitor Ryan Shehan is set to compete in his home event this weekend. Taking on the Circuit of the Americas (COTA), the same track and layout that the Formula One World Championship drivers battled on last weekend, the 17-year-old is looking to put his #66 Crosslink Kiwi Motorsport entry in the winner’s circle on home turf.

“We have managed to score a couple of race wins this season, and we are coming off a great weekend of racing at VIR (Virginia International Raceway),” explained Shehan. “I love COTA, and I am prepared to battle to the end and see if we can close the season with a few more race wins.”

Racing out of the Crosslink Kiwi Motorsport tent, Shehan sits fourth in the Driver Championship with a triple header race weekend on the horizon. With an outside shot at the title, Shehan has nothing to lose in Texas.

Shehan added, “We’re going into the weekend only looking forward; we really want to get into the top-three and even go for the championship. My goal is always to win so I’ll be pushing as hard as I can to get some wins for the team and me, especially since it’s a home race for me, I want a result.”

While the Texan is in the battle for the championship, he is also a major player in the quest for Crosslink Kiwi Motorsport to earn another Team Championship as well.

“If I am unable to top the driver championship standings, I hope that my efforts this season and at COTA can help Crosslink Kiwi Motorsport earn the team title,” continued Shehan. “They deserve it more than any other team I know, and I will look to bring them as many points as possible.”

With family, friends, supporters, and partners anticipated trackside this weekend, Shehan will begin his weekend on Wednesday with a pair of practice sessions and qualifying. Thursday will be the home of the first two races of the finale weekend while Friday will provide one more opportunity for wheel-to-wheel combat. Stay tuned to the Ryan Shehan Racing social media pages for news, information, photos, and results from the event weekend.

Want to learn more about the Ryan Shehan Partnership Program? Click HERE
Looking to be Ryan Shehan’s Wingman? Click HERE
Want to help Ryan inspire and impact his youth audience? Click HERE
Don’t have access to the website? Call us at – 1.833.6.Racing (1-833-672-2464)