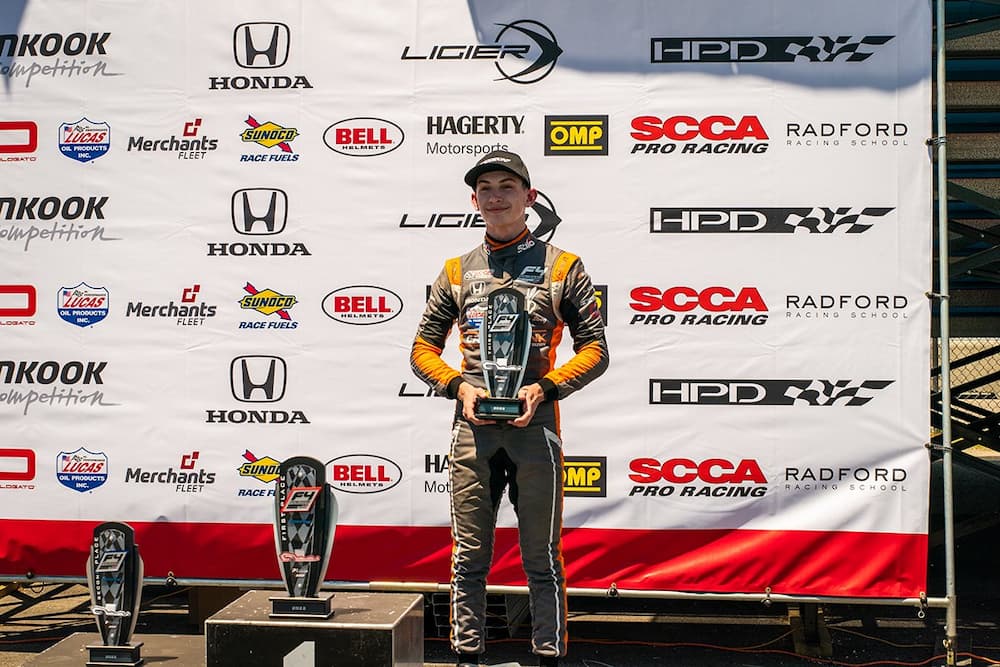 Shehan secures his team, Crosslink Kiwi Motorsport, a position on the leaderboard in 2022 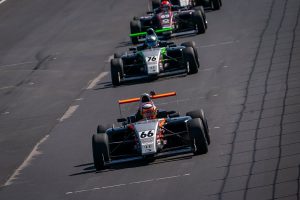 Ryan Shehan’s hope to get himself and the Crosslink Kiwi Motorsport program on the leaderboard for 2022 became a reality this weekend at NOLA Motorsports Park. As one of the team’s top scorers this weekend, Shehan was able to earn his first career F4 United States Championship Powered by Honda podium and brings home a third-place trophy.

At the end of day one, Shehan had proven he was going to be a title contender this season by scoring best overall practice time among the twenty-two competitors. On day two, he brought that speed back to the track with him for qualifying, scoring a third-place position on the grid for race one. Keeping steady in the first wheel-to-wheel action of the season, Shehan fought for his first ever F4 podium and came out triumphant securing a third-place finish.

“What a great start to the season,” explained Shehan. “We have made huge gains in our winter test program and showed that at NOLA. We were fast right out of the gate and look forward to trying to carry that speed and momentum through the 2022 season.”

Shehan, in his sophomore year of the F4 United States Championship, showed nothing but consistency this weekend, also holding his ground in the second race starting in fourth and ending in the same position, just shy of the podium. The afternoon of day three turned out to be a tough one for all the Crosslink Kiwi Motorsport F4 drivers but Shehan steered his #66 entry to a team best result in the eighth position.

Shehan added, “A huge thank you to the team and all my supporters. I knew we would have pace this year and the results this weekend, just two points out of third in the Driver Championship, build my confidence for the future.”

You can find a full list of results on the F4 United States Championship website. Ryan Shehan will be on track with Crosslink Kiwi Motorsport for the next at Road America for the Road America SpeedTour Friday, May 19th through Sunday, May 22nd.