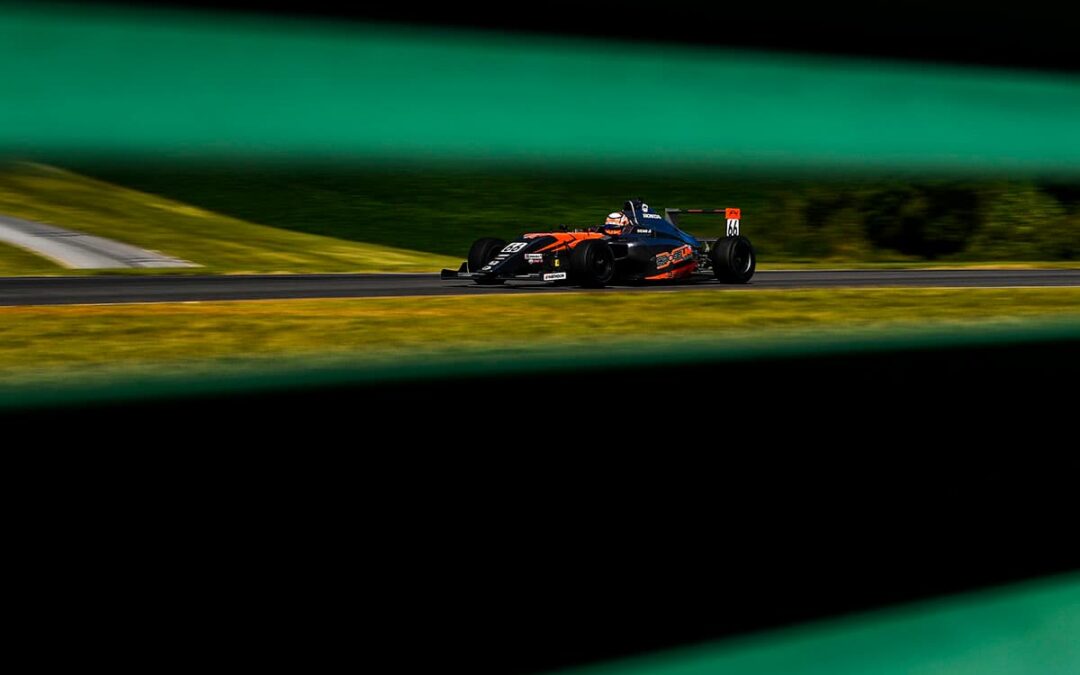 The speed is there for the kid from Austin

It was a box checking weekend for Ryan Shehan at the most recent races in the F4 United States Championship Powered by Honda. Taking on the Virginia International Raceway (VIR) for the first time in his career, Shehan progressed throughout the three-race weekend, eventually scoring the fastest lap of race two and earning the pole position for race three.

With a qualifying effort on Friday afternoon that netted him a 13th place effort, Shehan knew that he and his Team Crosslink would need to work hard to move up the results sheets.

Starting the first wheel-to-wheel action from inside row seven, Shehan’s goal of a points scoring result would go by the wayside as he pushed too hard through turn seventeen, dropped a wheel, spun and was out of the race.

“I can’t be mad at myself for trying,” expressed Shehan. “The goal this year is to learn and gain experience and part of that is always trying to find the edge. I pushed it a little too far and now we will give it another go in the second race of the weekend this afternoon.”

With each racer’s fastest lap setting the grid for the next race, Shehan was classified 16th to start race two. Looking to move forward and challenge for a top-ten result, the #66 entry of Shehan moved up as high as 11th, before crossing the finish line in 12th. In the process, he scored the fastest lap of the race and accompanying pole position for race three.

Shehan explained, “What an achievement for both me and the team. Obviously, the finishing result is not what we wanted, but we proved that the speed is there to challenge with the best drivers in the series, we just need to put it all together.”

Race three saw Shehan line up in the advantageous pole position on the inside of the front row for the first time in his career.

“Of course, the nerves were high, but I just concentrated on getting a good launch,” added Ryan. “We were away clean and battling in the top three or four before an over-anxious competitor decided to try and use me as a launching ramp. After getting hit in the right rear, I was sent up in the air, thankfully not going upside down. The kind of driving that was displayed by some of the competitors this weekend should not be tolerated. In the end, I am happy with our speed and we let the grid know that we will be fighting for top positions!”

With five of six event weekends now behind him, Ryan Shehan will travel back to his home state of Texas for Ryan Shehan Racing’s Ribbon Cutting with the Greater Austin Chamber of Commerce and the final round of the F4 United States Championship Powered by Honda. Competing alongside the Formula One World Championship at the Circuit of the Americas, Shehan will look to close the season strong in his home race.