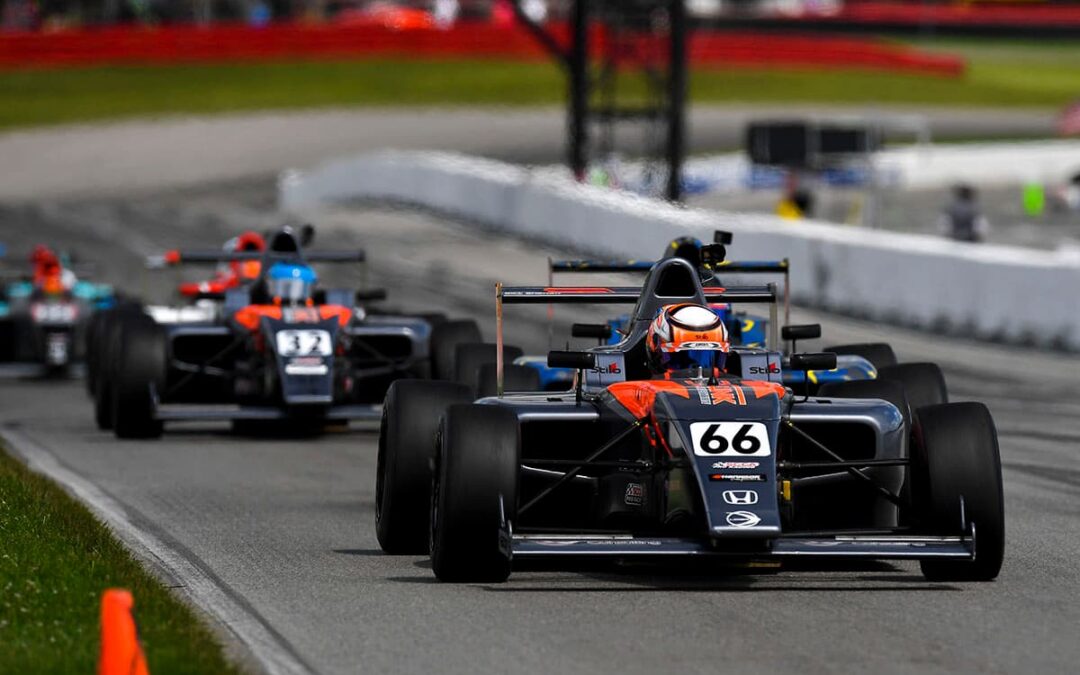 It was the third event weekend of the F4 United States Championship Powered by Honda program and Ryan Shehan would be back with Team Crosslink. Taking on the 2.4-mile Mid-Ohio Sports Car Course, the young Texan looked to add more knowledge and experience to his arsenal as he prepares for the second half of his rookie open-wheel season.

After turning the 18th quickest lap in the one official practice session on Friday morning, qualifying for the Shehan and the rest of the F4 drivers would be cancelled due to standing water from a passing thunderstorm and heavy rain. Lining up based on championship points, Shehan started round seven from the inside of row eight.

With a race that was broken up by a pair of caution periods, Shehan worked his way forward to just outside the top-ten before eventually finishing in the fourteenth position. Not enough for any championship points, it was the first ever race at the Mid-Ohio Sports Car Course for the F4 rookie and the result was just enough to push Shehan even harder into Sunday.

Lining up for round eight of the F4 United States Championship Powered by Honda in the 17th position, Shehan had another solid position gaining race. Climbing as high as 12th throughout the 15-lap event, the Team Crosslink driver settled in for an improvement from his first race of the weekend with a 13th place finish.

“A little frustrating as I think our race results are a direct relationship of our starting position,” explained Shehan. “The goal for the second half of the season will be to qualify better to ensure a good starting spot for race one, and then I will be able to work on lap times in the races the set the grid for the following event. With the short races, it is all about track position and I need to improve that.”

With the Crosslink prepared car ready to go with new tires, Shehan was poised to make headway forward to score some points. Another tough break came his way when contact while making a pass in turn two resulted in the loss of Ryan’s front wing. He continued to battle, but a gearbox issue developed and worsened as the race wore on and the #66 entry was finally forced to retire from the race.

The next stop for Ryan Shehan, Team Crosslink and the rest of F4 United States Championship Powered by Honda competitors is July 16-18 at the Brainerd International Raceway in Brainerd, Minnesota.