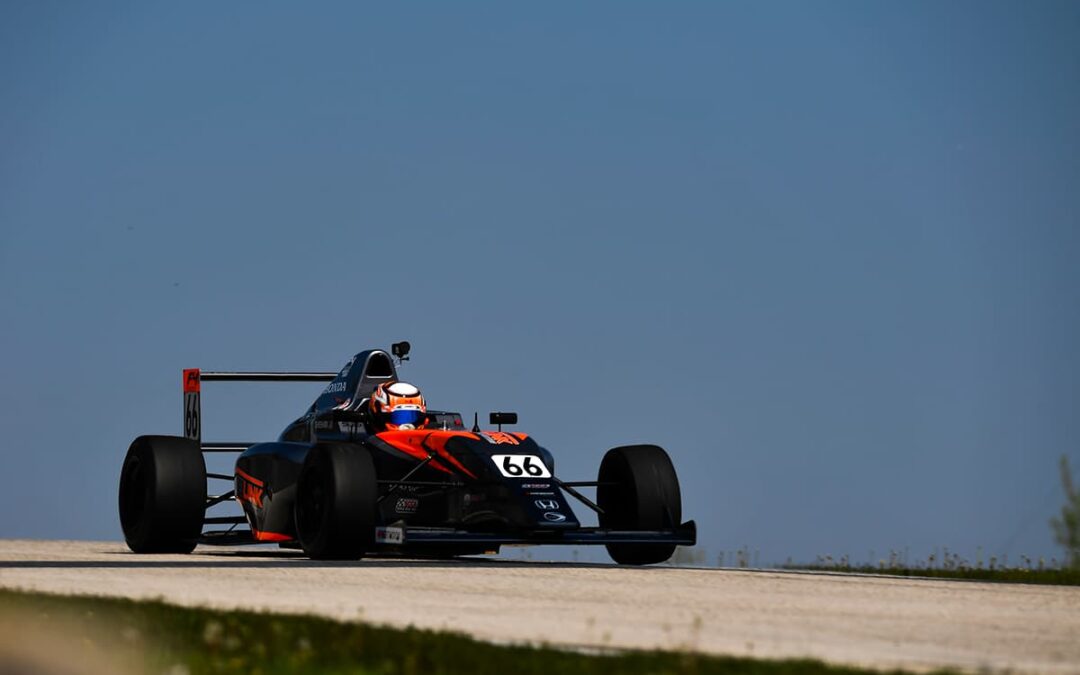 With his goals set high as he entered his second career F4 United States Championship Powered by Honda event, Ryan Shehan took on the 4.048-mile, 14-turn Road America facility in Elkhart Lake, Wisconsin. With three wheel-to-wheel races that would take place on Sunday and Monday, the first-year Texan driver earned a pair of top-ten results as he had his best on track results of his young F4 season.

In his second ever F4 event weekend and his first time at Road America, Shehan took his Team Crosslink #66 entry to the ninth position in qualifying and started round four from the inside of the fifth row. Launching off the line and running inside the top-ten during the caution filled race, Shehan drove forward to score his first career F4 United States Championship points, or what he thought would be, with an impressive seventh place finish.

“I know we got the green flag but guess we did not complete a full lap under green flag conditions,” explained Shehan. “Even though I was able to stay clean and advance forward, the series has announced that the results will stand, but there will be no championship points awarded. Hopefully we can make up the race later this year, but now the focus shifts to the next action this afternoon.”

Back on Road America Sunday afternoon, the F4 Championship grid would take the green for round five as Shehan started from just outside the top-ten. After a brief stoppage for an on-track incident, the race ran green for the final six laps as the Team Crosslink driver ran as high as eighth and as low as 13th, eventually finishing in the tenth position and officially scoring his first career points.

Shehan added, “It was a great day. To run inside the top-ten and finish there after a challenging debut to the series, I am extremely happy. We have one more race tomorrow, and we will reset our goals and see what we can do.”

Returning on Monday, Shehan had another result in the top-15 after running inside the top-ten early in the race. Falling back to P19 on lap four after he was forced to take evasive action into the grass, Shehan needed to avoid cars that had come in contact in front of the young Team Crosslink driver. Showing his pace, Shehan battled his way back forward to finish 14th.

“I was really hoping to score even more points in race three, but it just wasn’t meant to be today. I was lucky not to have serious contact and what is more painful, is that I was battling with the lead group of cars,” continued Shehan. “I am really happy that we ran every lap possible, made good progress, and that we are more where we should be in the running order. With some more time off until our next event, I will keep putting in the work both on and off the track to ensure success to not only myself, but my partners as well.”