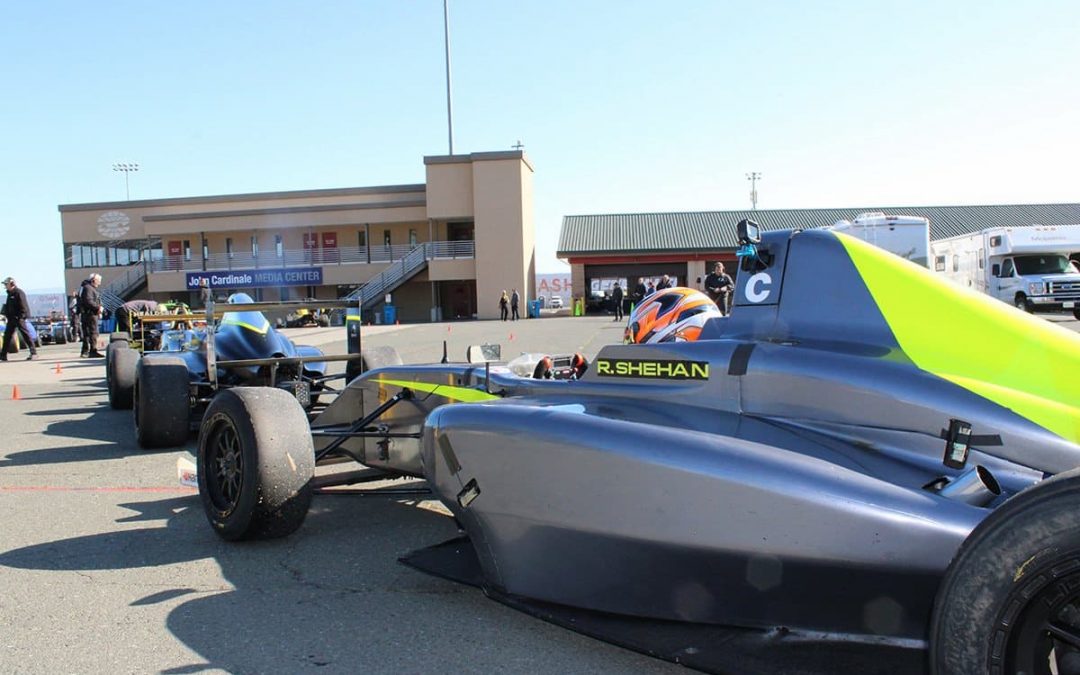 Taking on the final round of the Formula Pro USA Winter Series Presented by Exclusive Racing, Texan Ryan Shehan reached the top step of the podium for the first time in his open-wheel racing career. Competing with the Crosslink Kiwi Motorsport program, Shehan took on the Sonoma Raceway for the first time and earned one win, two podium results, and a pole position over the three-day event weekend.

“Taking your first win in any racing program is special, but to do it at a place like Sonoma Raceway is just plain cool,” expressed Shehan. “A huge thank you to the Crosslink Kiwi Motorsport team for all the help and support. They do a tremendous job and helped me adjust as the day went on and the temperature change varied from mid 30s to nearly 70 degrees in the heat of the day.” 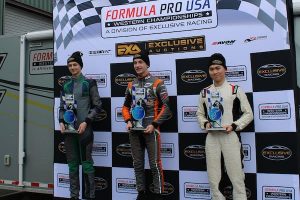 With a couple of practice sessions on Friday to get accustomed to the fast and flowing Sonoma Raceway, Ryan Shehan started the official portion of the competition off on the right foot talking the pole position in the F4 class. From there, the sophomore F4 pilot controlled the first wheel-to-wheel action of the weekend to score his first win as he led flag-to-flag in dominating fashion. Race two on Sunday would see Shehan back at the pointy end of the field as he looked to double up on race wins. Crossing the stripe in the second position, Shehan earned his first double podium and will look to carry this momentum into his 2022 race program.

Racing in a class that featured F4, FR, Mazdas, and other winged cars provided Shehan with additional experiences that will help in in 2022. With speed differential between the car classes and a lot of traffic throughout the races, Shehan was forced to be smart in his decision making while on track. Additionally, Shehan competed on the Avon Tire brand, a new compound to the second-year driver.

Shehan continued, “It was a great weekend. We used a lot of the track time for test purposes, and everything went very well. Sonoma has so much elevation change that it was something that took some time to get used to and that many of the drivers in the US have never experienced. With additional experience and knowledge, I feel much more confident this year and that should lead into a climb up the results sheet once my national season of competition starts.”

Off the track, Ryan continues to work hard building the business side of Ryan Shehan Racing with one-of-a-kind partner and sponsor programs and his 501(c)3 non-profit program, ‘Shehan Strong’ and will have more news in the very near future.