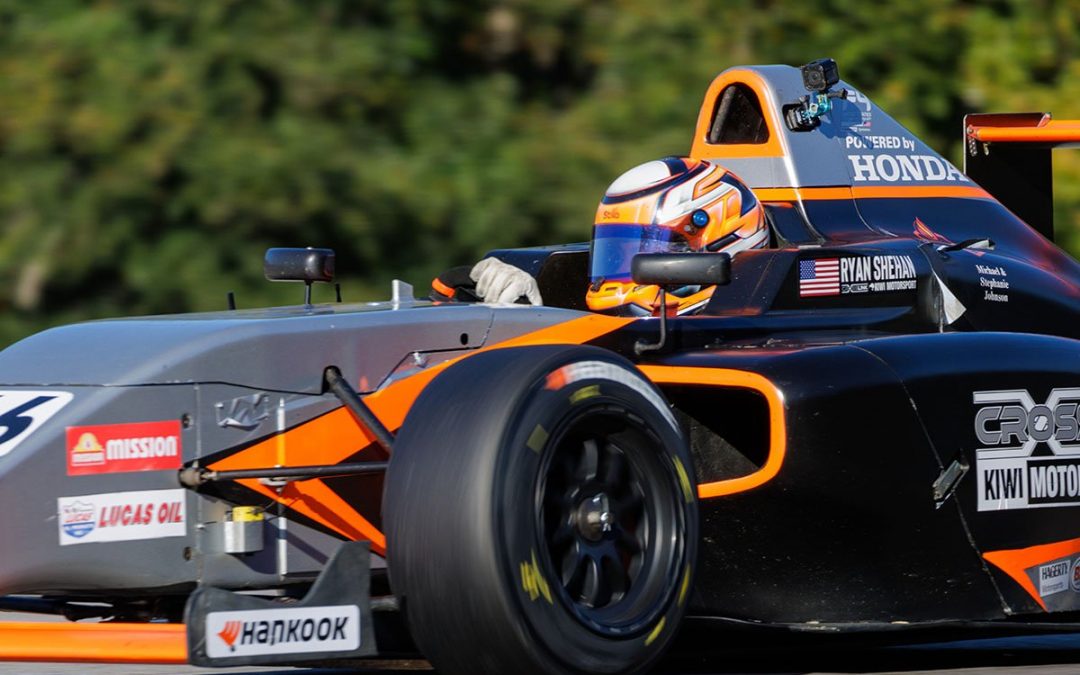 The penultimate F4 United States Championship Powered by Honda weekend started on a high for Ryan Shehan as he rocketed his way to the front of the field and scored the round 13 victory. Showing speed and maturity, Shehan attacked the weekend to earn the win in race one, a third in race two, and will now shift his focus to the season-ending race at his home facility, the Circuit of the Americas. 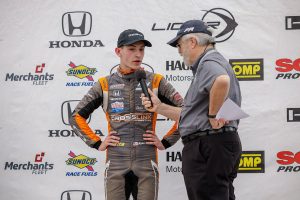 It was a strong qualifying effort on Friday afternoon for Ryan Shehan as the Crosslink Kiwi Motorsport driver was able to turn a time fast enough to start on the front row for race one. Narrowly missing the pole position in a dramatic session, Shehan provided the Crosslink Kiwi Motorsport program with a front-row lockout as he would start race one alongside his teammate Bryson Morris.

Maintaining his position at the start of the first race, the caution flag flew late in the first lap for contact deep in the field. After a lengthy cleanup which took up much of the allotted time slot, the F4 drivers took the green just past mid-race distance and Shehan went on the attack. With the white flag flying, Shehan made a strong power move as he utilized the draft to slingshot his way to the point and never looked back to score his second F4 United States Championship Powered by Honda race win of his sophomore season.

Looking to continue that momentum into race two Saturday afternoon, Shehan was back at the pointy end of the field and battling for the win. In a game of high-speed chess, Shehan led early before settling into the second position for most of the race. Going into turn 14 on the last lap, the third-place competitor made a very high-risk pass forcing Shehan to take evasive action to avoid being taken out of the race, allowing both the third and fourth-place drivers to pass him.

“Disappointing to have to end the race as we did,” added Shehan, who crossed the line in fourth. “We were battling for second, but it just didn’t work out. Congrats to my team, Crosslink Kiwi Motorsport for the win with Bryson (Morris), and we will be back tomorrow for race three.”

Subsequently, the race officials penalized the third-place finisher for a penalty earlier in the race and Shehan received third place.

Returning Sunday with first and third-place results to his credit this weekend, Shehan would look to be back on the podium and began that quest from the top-ten. Unfortunately, it was short-lived for the Texan as contact on the first lap caused severe damage to his Crosslink Kiwi Motorsport entry as he was able to limp back to the pits for repairs. Assessing the damage and seeing an oil leak, the team elected to park the #66 entry to avoid any further damage.

Shehan added, “Difficult way to end the weekend. It is such a high when you win and celebrate on the podium but such a low when you must watch your competitors finish the race while you are in the pits. We will get everything fixed and ready to go for my home event in a few weeks at COTA and see if we can finish the season strong.”

Want to learn more about the Ryan Shehan Partnership Program? Click HERE
Looking to be Ryan Shehan’s Pathfinder? Click HERE
Want to help Ryan inspire and impact his youth audience? Click HERE
Don’t have access to the website? Call us at – 1.833.6.Racing (1-833-672-2464)